After knowing that we had been selected to participate in the Smart India Hackathon, let’s face it - I was not excited.

But, it was when I returned home, did I realise that it was indeed one of the most amazing events I had experienced.

By the way, here’s what we made in 36 hours - a statistics dashboard for National Accounts

A day before the hackathon

So, the event was to happen in institutions across multiple Indian states, and ours was a college in Guwahati, Assam. We travelled all the way together, but reached there at different times.

Due to logistics, I and Areeb bhai (our mentor, a tech giant, and an enormously experienced developer), arrived at the destination college a couple of hours earlier than the rest of the team. We waited there doing the formalities, until we were assigned rooms.

I must admit, Guwahati was better than I expected. The flora there was just quite an aesthetic experience.

So, he and I explored the campus. Took some pictures. 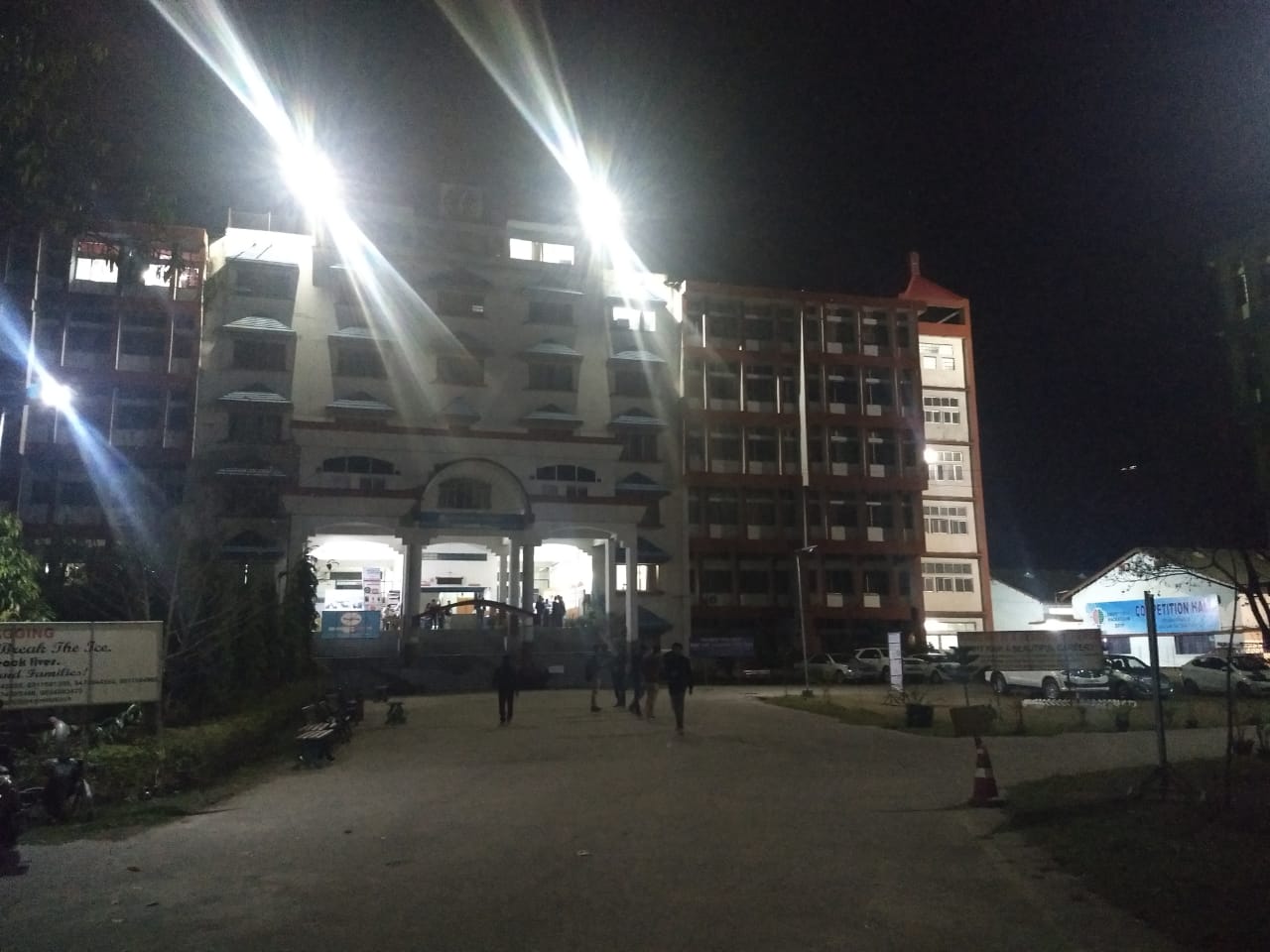 Waiting there, we talked about Batman, Iron Man, programming and stuff, and had a coffee while at it. All this made up a wonderful experience. Coffee with a developer!

Some time later, the rest of the team arrived.

We got our rooms, had dinner, and planned to fall asleep. It was actually hard for me to fall asleep that night, but I was aided by the tiredness from the long day.

We got up, got ready, grabbed our stuff, and reached the event hall. It was overwhelming to see so many people and teams around in the hall.

After some boring speeches by government ministers and officials, we started coding at 9 o’clock, morning.

We started by reading the documentation about a library that none of us had used before. As we coded, we learnt more about it on the fly, and contributed to the main code repository mentioned above. Our team leader, Prateek bhai, explained the reviewers in the check-in sessions well about what had we built up yet.

We coded the whole day, taking two to three small breaks until midnight. By midnight, we had almost a day remaining, and a lot needed to be done. This is when things sped up.

(tech)
I remember how our mentor offered me the solution of a rebase to cleanly pull changes from upstream/master when I was a few commits ahead of it. Before this, I used to create a new branch tmp right from the commit upto which origin/master and upstream/master were the same, and do some merges and branch-renames to simulate what I needed. This seemed too much of an overkill in practice, when I found that the solution was as simple as - git pull upstream master --rebase. Also, the project made me proficient with the numpy and pandas data science libraries.

Later that night, we were offered drinks and snacks from the organisers. That break was a relieving one, and that’s when everyone at the hackathon was taking selfies.

Our team was no exception. 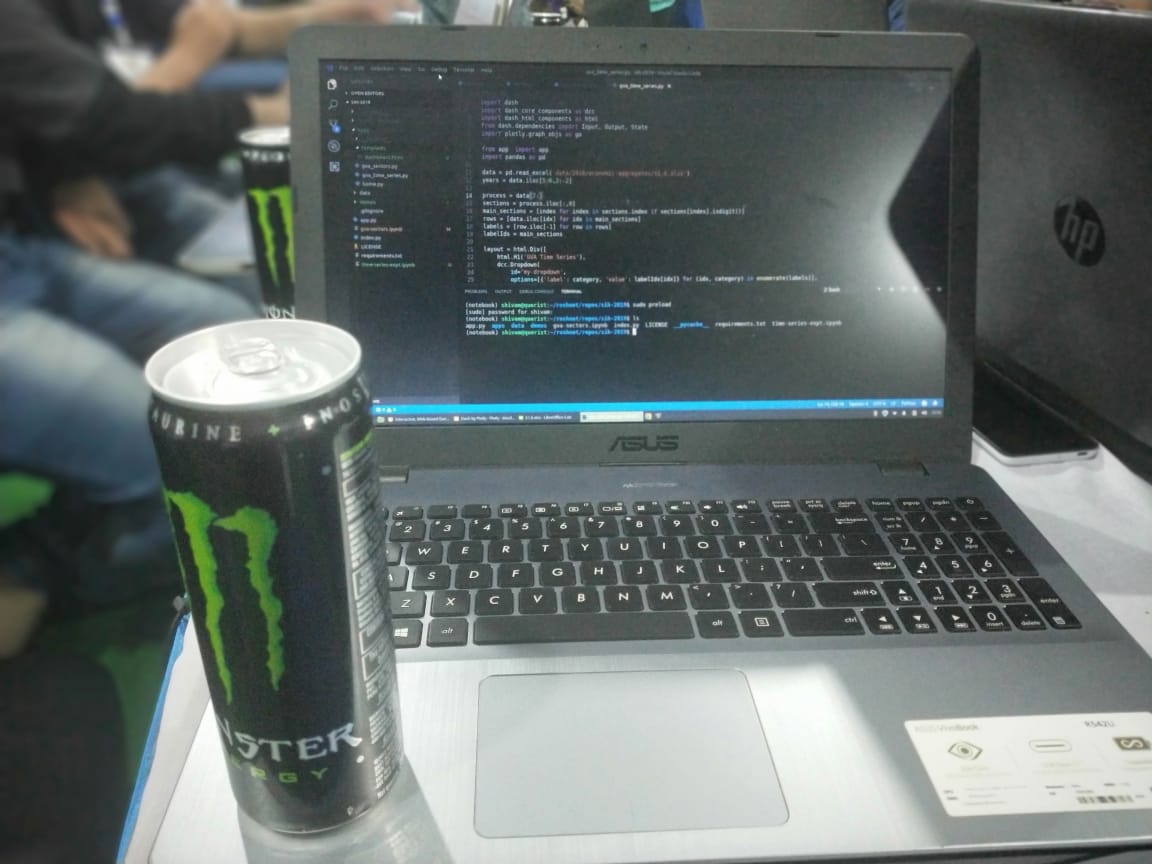 There were also a Zomba dance session which happened later, unfortunately of which there were no pictures captured.

At 4 a.m. the next morning, it was chilling with a cool breeze outside, and I was out of energy the moment I sat idle, and needless to mention, I needed a pitstop.

I went out for a break, and ended up taking a nap in my room.

It was close to deadline, and we nearly had it done. Just some final touches to the user interface, and we were done with testing and everything.

Finally, the government officials came to our desk, and evaluated our work. Prateek bhai then gave a nice presentation of our project, and we waited for the results.

We finally made it!

Result announcement began, and we were expecting results any second from then.

Finally, with the caption from the anchor - “the team inspired by Pablo Escobar”, we heard
our team - Narcodes, finished as the first runner ups.
I knew for myself that I was happy, but I also felt about doing some extra efforts to grab the first place. Anyways, everyone in the team worked really good, which is something one can be proud of :)

A coffee mug with the M.H.R.D. tag printed on it, along with a couple of certificates, made this an achievement worth sharing!

We had a lot more fun than what I’ve mentioned - tech chats at lunch, dinner outside the campus in the lawn, canteen sessions, et cetera.

Let me share some pictures that make it obvious. 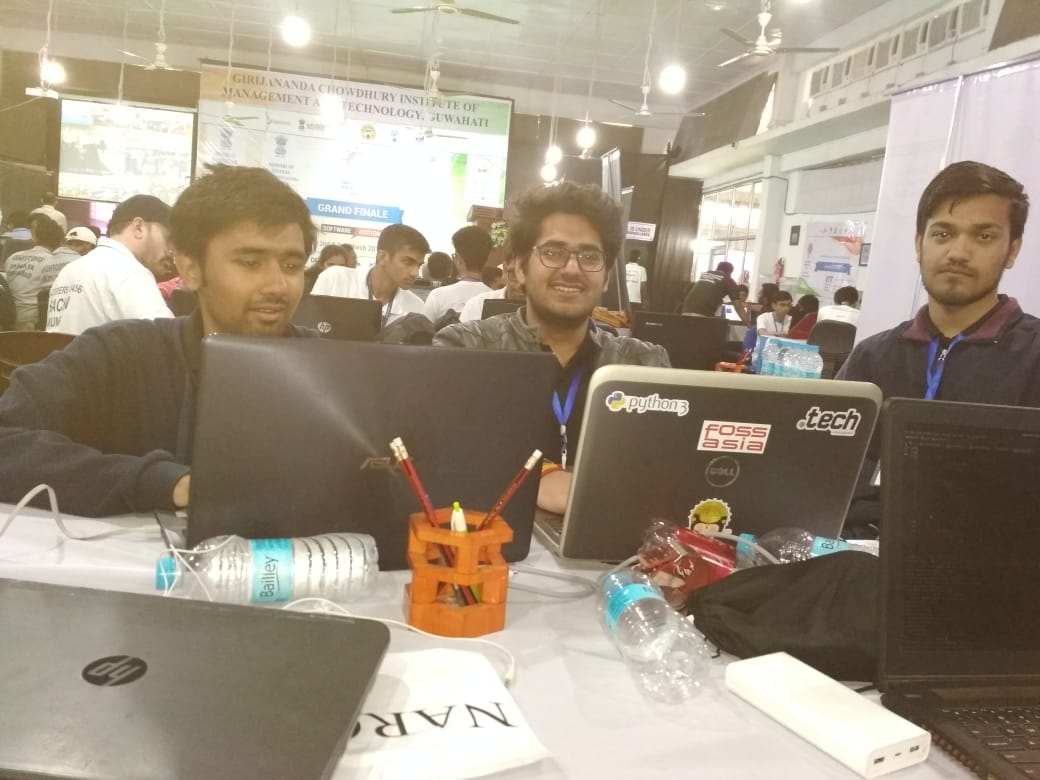 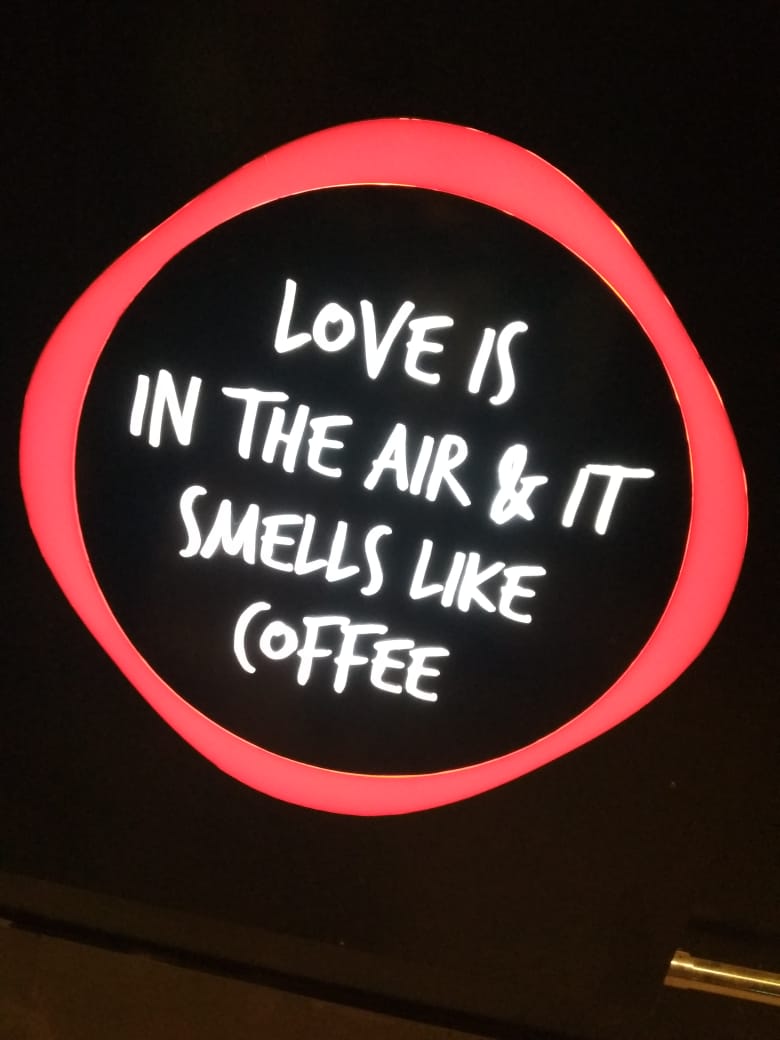 At the end, it was an amazing experience, with such great coders and mentor.
Also, the services offered by the management during our stay deserve a good acknowledgement.

Hope to do another stunning project in (hopefully) SIH-2020 :)